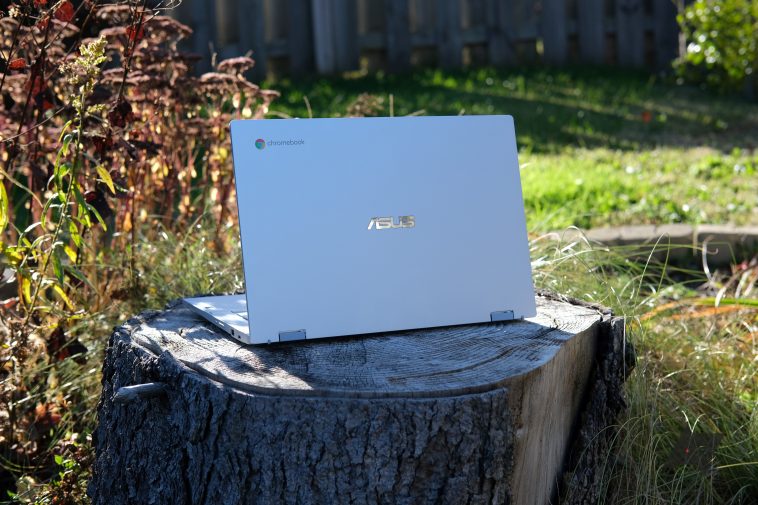 Chromebooks have come a long way since their inception as low-cost cloud notebooks, and the best Chromebooks available fit the bill as viable alternatives to Macbooks and Windows laptops. Chrome OS is a lightweight operating system that can do just about anything these days.

Combined with the often affordable price tag and compact design, Chromebooks make a great option for children around the house or for students heading back to school. While kids might know what a Chromebook is and exactly what they want, parents often have a harder time navigating the broad spectrum of devices. That's why we've put together this guide of seven things every parent needs to know before buying a Chromebook.

1. Chromebooks have an expiration date

Every Chromebook comes with something called an Auto Update Expiration (AUE) date, after which time Google will stop guaranteeing security (and other software) updates. While these Chromebooks won't suddenly stop working, they will not be as secure or as useful as newer devices receiving updates. This fact is often obfuscated by retailers who want to unload old Chromebooks on unsuspecting shoppers.

Google has a list of Chromebooks and their AUE dates that you can browse through to see when the Chromebook you have your eye on will stop receiving updates. Even if you find a stellar deal somewhere, a close AUE date means you're essentially buying a stopgap laptop instead of something that will last for years to come.

Chromebook won't stop working when it hits its AUE date, and if someone does want to continue updating their Chromebook beyond the AUE, there's something called LaCrOs (Linux and Chrome Operating System) that separates Chrome from Chrome OS, allowing the browser to receive updates after Chrome OS is done receiving updates. LaCrOs is a way to keep using your Chromebook securely to some capacity.

2. Touch displays are a big deal on Chromebooks

Part of the beauty of Chrome OS is that it can handle running many of the best Android apps, giving the user a lot of extra software to play around with. These apps, which include everything from games to educational aids, are designed to work with the touch display on your phone, and thus they make a great transition to a touch display on a Chromebook. And since many children grow up using touchscreens on phones and tablets, the move to a touch-capable Chromebook is only natural.

While older children and students no doubt get around well using a touchpad and keyboard, having the extra touch functionality opens up a whole other level of versatility when using the laptop in school. Touch displays usually don't add much cost to the Chromebook, so finding a laptop with touch is recommended.

3. Be mindful of durability

Buying a new Chromebook for the kids usually means you want something extra durable. That holds true for more mature students who will be carrying their laptops around with them everywhere they go, and in that case, one of the best Chromebook sleeves can help keep hardware looking new. It's hard to tell when shopping how well a Chromebook will stand up to regular use and abuse, which is why we recommend reading as many reviews (professional and amateur) as possible. Buying something durable will save you from heading back to the store before you're ready to upgrade.

In the same vein, it's worth noting how easy it is to reset a Chromebook should your child run into trouble. Factory resetting a system running Chrome OS takes a matter of minutes, and all you have to do is wait while your apps are re-downloaded onto the fresh system. This makes a parent's job a lot easier since all they have to do once the system resets is sign their child back in so they can pick up where they left off.

Many Chromebooks like to focus on portability, which means a smaller display set into a smaller chassis. And while it's always good to have a portable laptop if you're lugging it around in a backpack all day, there is a sweet spot where the tradeoff doesn't hurt productivity. Most people recommend sticking with something between 13 and 15 inches, especially if you're buying for a student. Anything smaller and your student will have a harder time fitting everything onto the screen, and anything larger, your student will find that it's not as easy to carry.

On the flip side, if you're buying for a younger child, you might want to pick up something in the 11-inch realm. It'll be much easier for small hands to hold onto, and you'll likely pay less.

5. A convertible design adds a ton of versatility

There are three primary designs to be aware of in the laptop world. First, there's the standard clamshell notebook with a lid that opens to a maximum of about 180 degrees; there's the 2-in-1, where the keyboard and touchpad can detach completely from the tablet portion, and there's the convertible with a lid that rotates around 360 degrees while remaining attached.

While all these laptop types will accomplish the same basic tasks, buying a convertible or 2-in-1 for your child will open them up to more uses. They'll be able to jot down notes with an active pen (as long as the Chromebook supports inking), set the laptop up for watching TV or movies, and employ touch functionality easier while in tablet mode. Keep an eye out for these designs to maximize productivity and ease of use for your child.

Many Chromebooks list long battery life as a prime selling feature, but not every Chromebook can live up to the advertised numbers. I'd say that the majority of laptops sold anywhere in the world come with an inflated number of hours that you can get from a charge. That's why checking out Chromebook reviews that offer real-world battery life testing is so important.

Something that hits close to eight hours is great (meaning it will last through most of a school day), but if you find a great deal on something with less battery life, there's always the option of adding a battery bank or some extra AC adapters. Chromebooks use USB-C cables to charge, and pretty much any laptop charger with the oval hookup will work in a pinch. Our collection of the best Chromebook chargers has both adapters and banks to help your child get the most battery life possible.

7. Get the right performance for your child

Parents buying a Chromebook for younger children likely won't have to worry too much about getting enough performance to handle the usual games and video streaming. Even budget Chromebooks can handle these tasks relatively easily, so don't go all-out with a thousand-dollar Chromebook for your young one.

On the other hand, students will likely need to multitask and — depending on their age and level of education — work with apps that tie up more system resources. Intel's Core processors are among the best you'll find in a Chromebook today. Even something in a Core i3 flavor will deliver ample performance compared to some of the Intel Celeron or ARM-based CPUs you'll find in budget laptops.

There's also memory (RAM) and storage to figure out. Chromebooks for young children usually won't need more than about 4GB of RAM and 64GB of eMMC storage. As for older students, finding a Chromebook with 8GB of RAM and more storage space is usually recommended. This will help with multitasking and with apps that are especially hungry for memory. On the storage side, a Chromebook with an actual M.2 solid-state drive (SSD) will see much faster load times than one with slower eMMC storage. The amount of RAM a Chromebook actually needs depends on what the student plans on doing on it.

Buying a great Chromebook as a parent

Parents shopping for a new Chromebook for their children can nail the landing by avoiding the pitfalls outlined here. Checking out our collection of the best Chromebooks can also help, as these devices have all been tested and vetted by professionals who know what to look for.

One of the best ways to get your child up and running on a Chromebook is to know how it works; that's why having your own Chromebook isn't a bad idea. As a bonus, you can always pass it down to the kids should they outgrow theirs or if they need a temporary replacement while theirs is being repaired. If we're making a suggestion in this regard, the Lenovo Duet 3 Chromebook is a great pick for parents thanks to its 2-in-1 versatility, 2K resolution touch display, and ample configuration options.

To recap, touch displays go a long way on a Chromebook, and adding the touch functionality doesn't bump the price up by a huge amount in most cases. You'll want to be sure the AUE isn't too near in the future (or risk losing out on important security and software updates), and you'll want to research the overall durability by reading through reviews.

Next, nail down how large of a display works best for your child or student, and you might want to buy a convertible for the added versatility. Finally, be sure the performance hardware in the Chromebook you're considering can keep up with your child's workflow.

Port selection matters in that it can help promote productivity for your child or student. Fret not if everything else checks out while the ports aren't as generous as you'd like. You can always add one of the best Chromebook docks and docking stations to broaden connectivity potential with any laptop.

7 things every parent needs to know before buying a Chromebook originally appeared on AndroidPolice.com 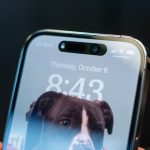 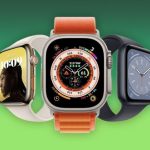