Google’s March Feature Drop for Pixels expanded Live Caption to work with voice calls, improved At a Glance, and introduced a long-awaited battery widget for connected devices. While we always like getting access to new widgets, this one wasn't the most straightforward to add to your home screen. That’s set to change, as much more polished widget experience arrives in the Android 12 Quarterly Platform Release (QPR) 3 Beta 3.

Despite its sleek looks, the process of enabling the battery widget sometimes went far from smooth — you had to look for it within Settings Services, rather than under a more familiar name. Even then, some users had to reset the system app to see the widget in the first place. 9to5Google has now noticed that Settings Services is being updated in QPR3 and gets a new easy-to-spot Battery section with a prominent lightning bolt icon in the Widgets list.

While the battery “app” is actually a part of Settings Services, its widget definitely needed a breakout section, and this tweak does exactly that. The new update should reach non-beta users sometime next month.

What's not changing is how the widget itself operates. Once added to your device’s home screen, it’ll show the phone's name and battery percentage, and can also provide similar information for actively connected Bluetooth devices. Like before, tapping on your phone name takes you to the main Battery menu, while tapping on a connected device opens the Bluetooth menu.

QPR3 beta 3 is compatible with the Pixel 4 and newer Google phones, and is currently being distributed to users enrolled in the program. The software fixed a few existing bugs in previous versions, including an issue where some Pixel 6 Pro screens flashed a white line after waking up and several issues that could hamper call quality and connectivity. 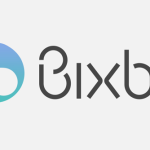 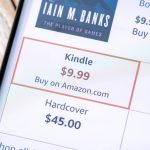