Apple was the second most successful smartphone vendor globally in Q1 2022, according to new data. The Cupertino company falls behind Samsung, as the South Korean tech giant has 23.4% of the global market.

As shown by BanklessTimes, Samsung and Apple are battling for the top manufacturer slot in the smartphone sector. Samsung sold 73 million phones in Q1 2022 while Apple was the second one with 56 million iPhones sold – 23.4% vs. 18% of the market, respectively.

The report shows that Apple had a 2.2% jump year-on-year. In addition, the Cupertino giant was the only OEM in the smartphone sector to register positive growth as the global smartphone market took an 8.9% dip.

Apple is the second most successful smartphone vendor globally in Q1 2022, still tops premium market thanks to iPhone 13 originally appeared on 9to5mac.com 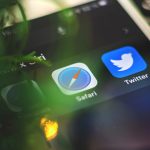