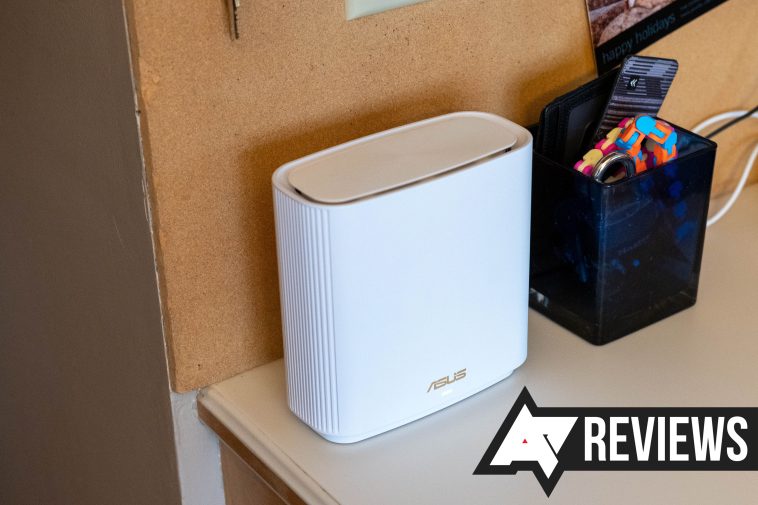 I ask a lot of my Wi-Fi network. At any given time, I have between 40 and 60 devices connected, some of which are constantly streaming video, pinging remote servers, and syncing data. I also live in a suburban US house that was built without any regard for wireless signal propagation. My wife and I both work from home and need reliable connectivity, and this has set me on a quest to find the best home Wi-Fi solution possible. Some mesh routers can deliver, and others can't.

The Asus ZenWiFi ET8 seemed like a perfect fit when I started testing—it has great range, a passable app, and support for the latest 6GHz spectrum. However, weeks of wrestling with bugs has convinced me that Asus' latest routers aren't ready for prime time.

The Asus ZenWiFi ET8 is a powerful mesh router with support for the latest wireless standards, but bugs with that new technology spoil the experience.

Design, hardware, what's in the box

Anyone intending to buy the Asus ZenWiFi ET8 should pay very close attention to the product listing. These new Wi-Fi 6E routers look almost exactly like Asus' previous-gen Wi-Fi 6 version. They're small white towers with faux vents on the left and right sides and a single Asus logo on the front. Around back, there's a DC power port, a power switch, a WAN port, three gigabit Ethernet ports, and a USB 3.0. That's a generous selection of ports for a mesh router—you're usually stuck with a single ethernet, but this setup will probably save most people from resorting to a wired switch. The USB is also a nice touch for those who want networked storage without going to the trouble and expense of adding a NAS box.

The two nodes that come in the box are both capable of becoming the primary router. Simply plug one of them in, and the firmware will figure it out. You can do wired backhaul, but the main selling point of the 6E mesh is that you can use the new 6GHz band for backhaul. This bit of spectrum is less congested and has very high maximum speeds—as much as 6,600 Mbps under ideal conditions. It's still a tri-band system, though, with 2.4, 5, and 6GHz radios. Most tri-band routers have a pair of 5GHz radios and a single 2.4GHz, and dual-band routers only have one 5GHz band for both connectivity and backhaul.

The Asus ET8 routers are lighter than I expected, so the power and ethernet cables can sometimes tug them out of place. As long as you're not constantly reaching around the cables, the routers should stay put. However, you might want to get a longer ethernet cable. The ET8 bundle comes with two power adapters and a 3-foot ethernet cable, which isn't long enough for a lot of setups. I'm not sure why Asus would skimp here when the kit is priced at a whopping $530. That price demands premium accessories.

Configuring the Asus ZenWiFi ET8 is a breeze. All you need to do is plug in both nodes to power, and run the ethernet from your modem to the router you intend to use as the primary. The Asus app will keep you apprised, but the nodes talk to each other and activate on their own. You just need to input a few details like SSID and password to get started.

You handle all that from the Asus Router app, which isn't totally awful. It suffers from an inconsistent user interface, as well as general sluggishness. That said, it's very feature-rich. Too many router apps offer only a subset of the system's functionality, with the rest stuck in the traditional web interface, but there are only one or two things you need to access via a browser here. The app even lets you bind devices to certain APs and control the way the three radios work together. For example, you can have a dedicated 6GHz network or you can bundle them all into a single SSID.

My first few days with the ZenWiFi ET8 were good. Like pat ZenWiFi devices, the ET8 has extraordinary range, easily connecting to outdoor smart devices that frequently drop from lesser routers. I was able to connect devices like the Galaxy Z Fold3 and Pixel 6 to the 6E network, seeing real-world 6GHz speeds of around 2 Gbps. That's faster than my home internet, and even my wired devices are bottlenecked by their gigabit ethernet ports. So, the benefit from connecting over 6GHz is largely theoretical right now. No matter, I was mainly interested in 6GHz for its backhaul ability, but this became a sticking point.

I've found that the Asus ZenWiFi ET8 periodically encounters an error that causes it to crash back to 5GHz backhaul. This is usually accompanied by connectivity loss across a large swath of the network. I have moved the nodes around, changed settings, and even swapped them with a new set. No matter what I do, the problem persists. If you're not asking a lot of your network, you might not notice anything amiss. The mesh can continue working in this mode, but you're sharing the 5GHz bandwidth with the mesh's backhaul connection. That limits your speed and can make things less reliable in high-performance scenarios. When this happens, the 6GHz connection for devices also stops working.

The only way I've found to even partially mitigate this is to schedule the routers to reboot themselves every day. If there's a silver lining, Asus does expose a lot of diagnostic data that most routers do not, for example the individual speed graphs above. This can make it a bit easier to troubleshoot issues. For me, the issues with the 6GHz band are a dealbreaker. For all intents and purposes, the ET8 operates like a dual-band router. These routers are so expensive in large part due to the 6GHz radio, so letting bugs lock you to 5GHz is not okay. I've reported all this to Asus and have been told that an update could fix things, but there's nothing solid on that front.

Should you buy it?

No, not unless Asus can address the 6GHz issues I've been seeing. It's a bummer because the ZenWiFi was superb in most other ways. It has enough power to bathe even distant outside smart plugs and cameras in Wi-Fi, and the option to use 6GHz on compatible devices is very cool. Maybe it's not practical or useful yet, but that day will come, and the ZenWiFi ET8 is ready.

However, the backhaul situation is a problem. Asus makes a Wi-Fi 6 version of this mesh without 6GHz support. That one has a dedicated 5GHz channel for backhaul, making it effectively more powerful than this one, which constantly loses one of its three radios. While Asus is fixing that, giving the app a fresh coat of paint might be nice. It gets the job done, but it's clunky and ugly.

At $530, the ET8 isn't justifiable right now. You'd do better to get a cheaper, more reliable Wi-Fi 6 setup (like the Google Nest Wifi seen above) and wait on 6E to mature a bit.

I only recently had a chance to redeploy the Asus ET8 mesh in my house, and I was hoping that firmware updates would have solved the reliability issues in the last few months. Alas, the ZenWifi ET8 is still causing headaches. I completely reset the routers, updated the firmware, and set them up fresh, but the 6GHz band issues remain. The mesh will stick to 6GHz backhaul for a day or two at a time, and then it drops back down to 5GHz. In that mode, the network backhaul siphons away capacity from your devices, making the tri-band setup rather useless.

The uplink should be 6GHz, but it constantly drops to 5GHz even after firmware updates.

I had this same 6GHz issue with two different kits, and varying the location of the nodes didn't do any good. As the same issues are present after several months and multiple firmware updates, I don't imagine these units will ever work correctly, and the failed Ethernet port also gives me pause. I would strongly recommend you don't buy the ZenWifi ET8, which is a disappointment. I really wanted to like this mesh setup. It does have very good range, and the app, while confusing, is extremely powerful. However, I do think it's unacceptable that traffic monitoring is provided by a third-party (Trend Micro in this case), and you have to agree to its Draconian privacy policy to access this rather basic feature.

During the two months I had these routers in storage, one of the Ethernet ports stopped working. I don't have any reason to expect it was physically damaged just sitting in a drawer, so I'm at a loss to explain that one. This is just another thing that makes me unlikely to recommend this mesh kit.

I'm beginning to suspect that the 6GHz radios currently available simply don't work very well. I'm in the process of testing Eero's new 6E mesh, and it's not performing as well as I'd expect, either. I suppose I shouldn't be surprised—first-gen networking hardware is often problematic. For now, I think you'll be better off with a Wi-Fi 6 system that eschews the fancy new 6GHz band.

Asus ZenWiFi ET8 review: Wi-Fi 6E might not be an upgrade originally appeared on AndroidPolice.com 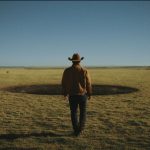 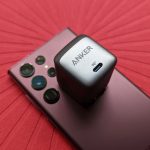