Amid the ongoing legal battle between Apple and Epic Games, Fortnite is coming back to the iPhone and iPad thanks to Microsoft. The popular battle royale game is now available on Microsoft’s Xbox Cloud Gaming platform, which is supported on iPhone and iPad via Safari.

As noted by The Verge’s Tom Warren on Twitter, this marks the first time a free-to-play game has been available on Xbox Cloud Gaming. In fact, documents unearthed as part of the Epic vs. Apple legal battle revealed that it was Epic holding Fortnite back from being available on the Microsoft service (similar to why Fortnite isn’t available from the App Store).

Of course, some important context here is that Xbox Cloud Gaming is not available in the App Store due to disagreements between Microsoft and Apple. Instead, the service is accessible via Safari on iPhone and iPad. The service has generally received positive reviews, and Microsoft has made significant improvements to the experience since it originally launched.

Whether Fortnite ends up back in the App Store remains to be seen, but the legal battle between Apple and Epic games is expected to continue for multiple years. Both companies are appealing the outcome, even though Apple has referred to it as a “resounding victory” for the App Store.

Microsoft says that cloud gaming on Xbox.com is supported on iPhone and iPad devices running iOS 14.4 or higher. Other requirements include a 10Mbps minimum internet connection and a Bluetooth or USB controller.

You can try Fortnite on Xbox Cloud Gaming starting today via Microsoft’s website. The game is free to play, with no installation or subscription required. If you try it out, let us know what you think down in the comments!

Fortnite fights its way back to iOS (sort of) without the App Store originally appeared on 9to5mac.com 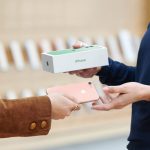 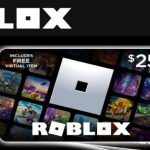