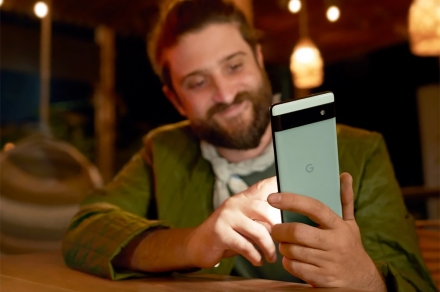 Which almost reasonably priced advanced smartphone will best suit your needs for years to come — the Google Pixel 6a, first announced at the Google I/O 2022 event, or Apple’s iPhone SE, the third incarnation of the compact budget handset, released in March? It’s a squeaker.

Based on reviews of both smartphones, we compare key categories to determine a winning phone. Our judgment does not take into account an inherent preference for iOS or Android, or even a preference for a smaller phone, both of which are sure to heavily influence buyers.

The newest iPhone SE looks the same as the one before it and the one before that — actually, the same as the 2017 iPhone 8. With its relatively thick screen bezels and TouchID home button, it’s got that oldie but goodie look. Its small 4.7-inch LCD panel lacks the inky black contrast and brilliant hues delivered by newer OLED screens. The 60Hz refresh rate is standard on the iPhone 13 Pro flagship. Google’s new phone is about on par with Apple for this spec, but gets extra points for an OLED screen and slightly higher resolution.

In the looks department, the Google Pixel 6a shrieks modern phone, like its flagship sibling, the Pixel 6. With smooth updated two-toned lines and a camera bar that spans the rear panel of its durable metal frame, it’s got a neat streamlined look. The screen, which is 6.1-inches, is distinctly larger than the iPhone SE.

With an A15 Bionic chip, the iPhone SE leaves a heap of Android phones in the dust. The A15 Bionic CPU (with a six-core CPU and a four-core GPU) is comparable to the flagship iPhone 13, in other words, a benchmark trouncing beast running Apple’s latest iOS. It plays demanding games smoothly and touts impressive longevity and Apple’s long-term software support. The Pixel 6a chipset is the Google Tensor, the same as the Pixel 6 Pro flagship (with an 8-core chip and a 20-core GPU), and our review confirms that this chip takes performance in both productivity and games up a notch.

The iPhone SE 2022 gets nearly a full day of use before its battery conks out. Google says the Pixel 6a has augmented staying power because its adaptive battery prioritizes important apps. In our testing, the Pixel 6a battery life proved mediocre. While our reviewer refers to it as a “one-day phone,” real-world experience sometimes had the 4410mAh battery nearly drained after only about five hours.

If you buy your smartphone mainly for its tricked-out camera, neither of these phones justify that purchase. But that doesn’t mean you won’t get great snaps from both of them. The iPhone SE 2022 has a single 12-megapixel sensor, and with the help of Apple’s A15 Bionic chip image signal processor, it produces outstanding images, daylight shots, smart HDR, Deep Fusion, computational photography, photographic styles, and low-light video recording. Absent a dedicated night mode, the iPhone SE can struggle with darker shooting environments.

The Google Pixel 6a has two sensors — wide and ultrawide — and touts some expert photography features including a dedicated Night Mode, Real Tone for authentic skin tones, and Magic Eraser to excise extraneous objects or people from your images. However, we found the Pixel 6a also struggles with lowlight environments. The camera’s Night Sight brightens images, but photos shot in this mode are not as sharp as we had expected. Despite that, we still give the camera credit to the Pixel 6a because of its abundance of creative features.

The iPhone SE 2022 ships with iOS 15, while the Pixel 6a launches with Android 12. Both phones will be easy to upgrade to their respective new OS versions later this year. Apple is famous for its multi-year support for older hardware. The Pixel 6a ships with Android 12 and will receive three years of major OS upgrades, plus five years of security updates. That’s a pretty good deal for Google, but it still does not meet Apple’s longevity standards. The iPhone 6S, released in 2015, still runs the latest iOS 15 seven years later.

Is 5G considered a special feature these days? If so, rest assured that you’ll get high-speed internet on both these phones if you live in a region where 5G is available, though the iPhone SE does not support mmWave-based 5G.

Google’s Tensor chipset is designed with machine learning in mind. Because of that, Pixel 6 phones can use live audio dictation for text messages and advanced call screening. Google is also touting real-time translation that takes place on the device rather than online, thus preserving your privacy. Tensor is also behind the Titan M2 security coprocessor, which boosts Google’s efforts at tighter security.

That said, Apple lives and breathes security and machine learning and AI (the A15 Bionic chip features a 16-core Neural Engine paired with a 4-core GPU, and 6-core GPU), so forgive us for punting on this category.

Both phones are marketed as cheaper options positioned against the companies’ respective flagships, with the iPhone SE 2022 priced at $429 and the Pixel 6a priced at $449. This is a marginal and insignificant price difference, except when you consider that the iPhone price is for a 64GB storage phone, while the Google price is for 128GB. Both the iPhone SE 2022 and the Google Pixel 6a are currently available, though the Pixel is on pre-order until July 28.

The Google Pixel 6a is a promising addition to the budget phone lineup. It has a modern, updated look and feel, an attractive sophisticated design, larger footprint, superior camera specs, and a lower price tag than the Apple iPhone SE 2022. Based on the specs alone, we have given the benefit of the doubt to the Pixel 6a. However, in reality, the superior specs did not add up to a better phone — just a cheaper, larger one. Battery life on the Pixel 6a turned out to be so-so, the chip runs hot, low light photography was disappointing, and the longevity of support is nothing to write home about. When it comes down to the choice between an Apple iPhone SE 2022 and the Google Pixel 6a, it’s a competition between performance, longevity, stylish good looks, operating system preference, and price. In the end, both tend to balance each other out wherein an Android aficionado will not hesitate to choose the Pixel 6a while an iOS fan will go straight for the SE 2022. 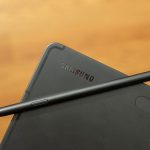