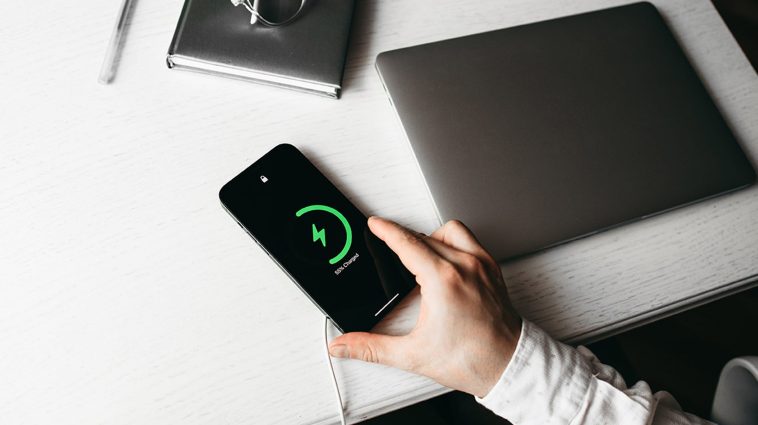 Smartphones are very energy efficient. It costs less than one dollar to completely charge a smartphone battery every day for a whole year. This is true for iPhones, Samsung Galaxy phones, and other Android phones.

Most of us charge our phones without a second thought because they’re such an indispensable part of modern life. But how much are we spending annually keeping them fully charged and ready for action?

Of all the electric things you use around the home—computers, TVs, smart speakers, even analog things like light bulbs and ceiling fans—we feel supremely confident saying that nothing uses as little energy as your smartphone. This is true whether you’re using an iPhone, a Samsung Galaxy phone, or another type of Android phone.

With soaring energy prices and the significant power even idle devices waste, we all should keep an eye on things, but worrying about wasting any money charging your phone shouldn’t be near the top of the list—or on the list at all.

Here’s How to Calculate It Yourself

How can we say so confidently that charging your phone is so cheap? Well, two ways. You can replicate both of them yourself at home.

One requires a little back-of-the-envelope math, and one requires you to use an actual watt meter to monitor your charger. Though, you’ll probably find using a watt meter is far more interesting when you’re measuring bigger devices like televisions.

The most accurate way to measure the cost of charging your smartphone is to use a physical tool to measure the actual power consumption, which takes into account the energy lost in the charging process. But practically speaking, it’s such a small amount of power, and small low-voltage chargers are usually pretty efficient, so there isn’t much overhead.

With that in mind, we feel pretty comfortable using the battery’s capacity as a reference point for calculating how much energy you use to charge it.  You’ll need to look up your phone battery’s milliamp-hour (mAh) capacity and voltage.

The GSMArena stats list not only the mAh value for the battery but the watt-hours (Wh), which will let you skip one of our calculations.

But let’s assume you’re doing it all from scratch. First, we need to figure out how many watt-hours of energy your phone’s battery can store. To do that, we need to first turn the milliamp-hours into watt-hours by multiplying the battery capacity by the voltage and dividing by 1,000.

Based on that equation, our 3,095 mAh / 3.83v iPhone battery has an 11.85 Wh capacity. It’s the same amount of stored energy regardless of how we label it, we’re simply changing the units from mAh to Wh because your electricity use is measured and billed by kilowatts.

Now let’s calculate how much it costs you to charge an 11.85 Wh battery, assuming it has been completely depleted. Let’s convert the Wh to kWh, the unit used by your electric company to bill you.

So the capacity of our iPhone battery is 0.019 kWh. You can then, in turn, figure out how much that amount of electricity costs you by referencing your electric bill for the cost-per-kWh value. We’ll use the national average, which is $0.12 per kWh.

Our iPhone 13 Pro, based on our perfectly efficient charging scenario here, costs $0.0023 to charge from a completely dead state to a fully charged state.

Assuming you ran your battery down to empty every day of the year and then charged it back up, it would cost you $0.83—not even a dollar.

But you’re likely not even spending that much. I don’t know about you, but with the bigger batteries on modern smartphones, I rarely run my battery down completely every day and usually put it back on the charger when it’s still around 50% full.

So perpetually topping off half the battery every day only incurs half the charging expense. Meaning, in my case at least, I’m not even spending that 83 cents a year to charge my phone but more like 40-50 cents.

Measure the Charger with a Watt Meter

All of the calculations in the previous section are based on the raw numbers and don’t consider any inefficiencies in the charging process.

As we mentioned above, the inefficiency of small phone chargers is pretty trivial, but if you really want to know right down to the $0.001 how much charging your phone costs, you’ll need a watt meter.

Typically when you use a watt meter you can get a pretty accurate reading right away. If you want to see how much energy your TV uses, you can just plug it in, turn the TV on, and see how many watts the TV draws under load.

But if you’re measuring a charger, you’ll need to leave it connected for at least a full charge cycle. And in the case of a very small battery like the kind found in a phone, you’ll probably want to leave the watt meter plugged in for at least a few dozen charge cycles to get a more accurate sense of how much the charger and the charging process cost you over time.

The Best Phone Chargers of 2022 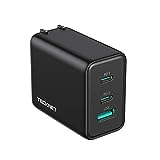 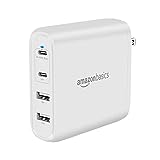 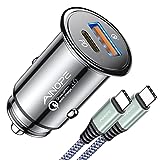 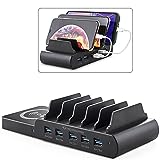 How Much Does It Cost to Charge Your Smartphone for a Year? originally appeared on HowToGeek.com 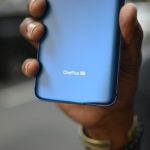 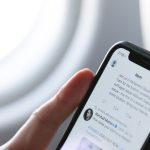