After months of hype and teasers, the Nothing Phone (1) was officially unveiled last week with its impressive flair and a solid spec mix for its mid-level price. Within days, this was followed by Nothing releasing the kernel sources and the full device tree, making it easier for third-party developers to create custom ROMs for the Phone (1). Hot on the heels of that drop, the Paranoid Android team has announced that their custom ROM is coming to the Nothing phone.

With the resources Nothing has made available, the Paranoid Android experience on the Phone (1) should be smooth, stable, and free of bugs. There's no precise date on when the first build would be first available, but given that the device just went on sale, it could take a few weeks before the first alpha (or beta) Paranoid Android Sapphire build is out.

Apart from Paranoid Android, we'd figure a LineageOS developer might also be working on a build for the Nothing Phone (1), but there have been no announcements from that camp yet.

Unlike the old golden days of custom ROM and modding, Android manufacturers rarely do much to support such third-party ROM development nowadays. OnePlus was the last company to go through the motions, but that was until Carl Pei was running the show and the company had not been Oppo-fied. With Pei at the helm of things at Nothing, it is not entirely surprising that his venture would, say, let owners unlock their phones' bootloaders without voiding their warranty. It is also an excellent way to win the support of the community, another aspect the entrepreneur is keen on. As for OnePlus, it has killed its developer device seeding program and is potentially even violating the GPL.

The custom ROM scene in the Android world isn't as active as it once was. Nonetheless, if you want a phone for rooting and ROMing, the Nothing Phone (1) may be an ideal choice.

Paranoid Android is coming to the Nothing Phone (1) originally appeared on AndroidPolice.com 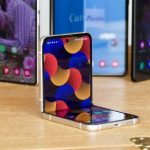 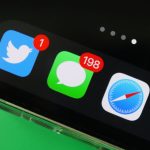