For as much as everyone seems to love Samsung phones, as well as the company's wearables, that enthusiasm doesn't quite extend to its voice assistant. While Google Assistant has plenty of Android fans, just as Siri does for Apple, Samsung's really been struggling to get people interested in Bixby, with many users looking to disable it on their phones in favor of Assistant. Maybe that's motivating the company to improve things, and now it's introducing an update that allows you to accept calls with one less command.

Samsung recently released version 3.2.12.16 of Bixby, spotted by SamMobile. The new software allows you to accept incoming calls by issuing an “Accept call” command without needing to use your “Hi, Bixby” wakeword first. Similarly, it also lets you say “stop the alarm” to silence those early morning buzzes, without an explicit call to Bixby.

That sounds exactly like what Google's been up to lately with quick phrases on Assistant. Last year, it added the ability to answer phone calls and stop alarms without saying “Hey Google,” and has since been expanding the list of supported commands — the latest addition allows you to shush your smart speaker or display with a simple “stop.” Samsung has clearly taken some cues from this, and we hope it continues to expand the list of supported commands — got to give those rare Bixby aficionados something to look forward to.

We always like to see technology bring us simpler ways to get things done, and this quality-of-life update does exactly that by eliminating an extra step while using Bixby. The new feature is currently available for the Galaxy S22 series, the Galaxy Z Flip3, and the Galaxy Z Fold3 but will expand to more Galaxy smartphones with time. Aside from the new wakeword experience, the update also bundles in the usual assortment of bug fixes and performance improvements. You can grab the new release from the Samsung Galaxy Store.

Samsung Bixby is copying one of the Google Assistant’s best new features originally appeared on AndroidPolice.com 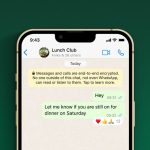