Party games are some of the best Android games and are ideal for social events. Anyone with a phone can jump in and play, so you don't have to worry about not bringing enough controllers. Plus, you don't have to spend hours explaining the rules with these games as they're generally very easy to learn.

We've collected the best party games on Android, so you don't have to search to fill the dead space waiting for food at a party. Whether you're looking for a casual icebreaker or a digital board game, you'll find something here to liven up the event. Even if you're just looking for a game to play with a few friends, many of these are fun for any number of players.

Scattergories is the official port of the classic board game. If you're unfamiliar with Scattergories, the concept is simple. Each round, you'll be tasked with naming items within a category that all start with the same letter. The more creative your answers, the more points you'll score. It's an easy-to-learn game that is perfect for any group of people.

The Android port is also an improvement over the traditional board game, as it includes fun and useful features like auto-correct, leaderboards, and additional ways to play.

Heads Up! is the perfect icebreaker for a party. You only need one device to play, so you don't need to worry about low batteries or forgotten phones. In Heads Up! one player will choose a category and hold their phone above their head. They have to guess what word appears on the screen while other players shout out clues. It's quick, easy, and fun to play; a range of categories means you can find an appropriate theme for any group and any age.

Like Scattergories, Ticket to Ride is another digital adaption of a board game. The Android game is identical to the award-winning game of the same name with the advantage of automatic card shuffling and setup. Ticket to Ride challenges players with building railways across the United States with a set of multicolored carriages. It sounds like a simple concept, but you've only got a limited amount of pieces, and other players might block you at an inopportune moment.

Ticket to Ride is a family-friendly game that offers just enough complexity to ensure no two games feel the same. If you get tired of the same map, there are also a ton of additional maps available for purchase that include different ways to play.

Exploding Kittens is a family-friendly version of Russian Roulette. Players take turns drawing cards until someone draws the exploding kitten. If they haven't got anything to counter it, they're out of the game. Thankfully, the game is stuffed full of tricks, traps, and tools to protect yourself from death, pass the exploding kitten to other players, or see into the future.

Exploding Kittens is best for groups of teenagers or older. Beyond the standard game, it offers a range of optional add-ons for more ways to play.

Triple Agent is harder to learn than some other games on this list, but you'll be successfully deceiving each other like a true secret agent after a couple of rounds.

BombSquad includes a collection of mini-games from capture the flag to hockey. The focus here is on chaotic fun rather than a purely competitive game, so you can lose multiple times and still have a blast. The controls can be tricky at times, but this isn't a problem when precision has already gone out of the window. BombSquad is a great game to play with a group of friends who love a little bit of competitiveness.

Keep Talking and Nobody Explodes

Keep Talking and Nobody Explodes puts one player in a room with a bomb. The other players can't see the bomb, but they have the manual on how to defuse it. You'll have to communicate effectively to disarm the bomb before the timer runs out. It sounds easy in theory, but you'll probably find yourself blowing up more times than not. You only need one copy of the game to play, as other players can look up the manual online. It's intended for players in the same physical space, so online play is not supported.

Spaceteam is similar to Keep Talking and Nobody Explodes. However, rather than one person making the final decision, each player has a unique control panel to use. But instructions for your control panel are sent to a different player, so you'll need to carefully communicate to prevent disaster. It's ideal for players who found Keep Talking and Nobody Explodes a little too simple, as a game of Spaceteam devolves into chaos extremely fast.

In Among Us, players will have to complete a set of tasks to prep their spaceship for departure. The tasks are simple, but one player is an imposter, and they're trying to murder everyone on board. Non-imposters win by either completing all their tasks or successfully identifying the imposter. You'll need a minimum of five players to play, so give this a pass if you're just hanging out with a couple of friends.

Enjoy the Summer With a New Party Game

Video games are traditionally an indoor activity, but there's nothing stopping you from taking one of these party games to a picnic or BBQ. On the other hand, Social events can be tiring. So, when you're finally able to make it home, relax with a casual sandbox game.

The 9 best party games for summer in 2022 originally appeared on AndroidPolice.com 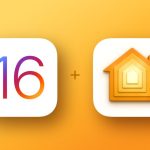 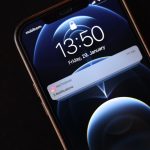