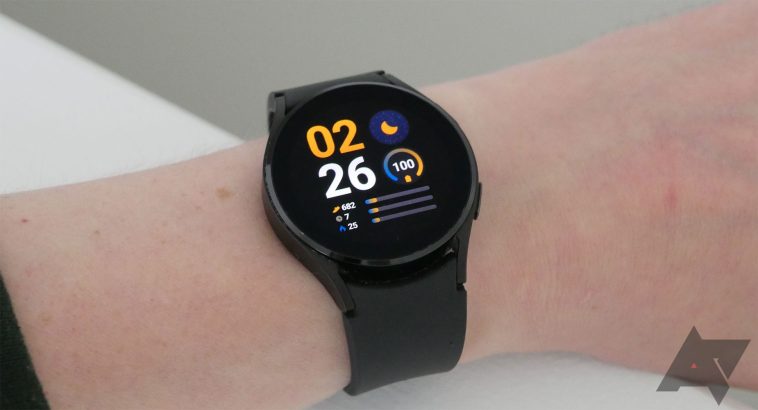 The Samsung Galaxy Watch4 and Galaxy Watch4 Classic are two of the best smartwatches you can buy right now, but having been released in August 2021, they're nearly a year old at this point. A new model is on the horizon, though, in the rumored Galaxy Watch5 — and we've already heard plenty about it. Interested in what Samsung's got cooking for its next wearable? Here's your chance to catch up.

Rumors started circulating at the tail end of last winter. In March, we heard that the Watch5 could take a page from the Fitbit Sense's book with a built-in skin temperature sensor — a feature that could help it track things like sleep and menstrual cycle data. (Incidentally, the same rumor also said that the next set of Galaxy Buds could similarly sense skin temperature using infrared light.)

That detail has recently been called into question, though, by market researcher Ming-chi Kuo. Kuo says that, facing software difficulties, Apple has given up on including similar body temperature tech in its upcoming seventh-generation Apple Watch and speculates Samsung is facing similar roadblocks. The issue apparently lies in creating algorithms to accurately translate skin temperature to core temperature — Apple has failed to do that, and Kuo thinks Samsung won't be able to, either. It's still possible the Watch5 will feature skin temperature sensing, but we don't know what it'll look like right now.

Early leaks about the upcoming Watch5's hardware have been something of a mixed bag, with both promising and troubling details floating around. Let's start with the good: battery life is likely to be better this year.

According to a couple of leaks from April, the 40-millimeter Watch5 will come with a 276-milliamp hour battery — about 12 percent larger than the like-sized Watch4's 247-milliamp hour cell. The 44-millimeter model is expected to see a similar bump: up about 10 percent, from 361 milliamp hours in the Watch4 to 397 in the Watch5.

Samsung advertised 48 hours of battery life between charges in the Watch4 series, but that turned out to be an optimistic estimate — especially in the smaller model, which, in our testing, typically got just over 24 hours per charge with the always-on display enabled. If these rumored battery size increases lead to similar gains in battery life, you can expect the Watch5 to last a few more hours on a charge.

The Watch5 is apparently being developed under the codename Heart. There's Heart-S (model SM-R90x), Heart-L (model SM-R91x), plus a third model: Heart-Pro (SM-R92x). That third model was originally reported by SamMobile, who suggests it'll be released as the Galaxy Watch5 Pro, though that name isn't official (my money's on Watch5 Ultra, personally). The only firm detail we have about this supposed higher-end model is that it'll have a positively enormous battery at 572 milliamp hours — nearly 60 percent larger than the biggest battery offered in any Watch4 model.

Considering the bigger Watch4 models are already pretty chunky — the Watch4 has a 44-millimeter case while the Classic measures 46 millimeters — Samsung's got its work cut out for it in jamming such a large battery into a watch that isn't the size of a dinner plate. Samsung's Galaxy S22 Ultra and Tab S8 Ultra are uncommonly large for their respective form factors, though, so it's possible the new Watch model could be similarly huge. (It's worth noting here that we also heard there'd be three sizes of Galaxy Watch4 Classic before the device launched in just two sizes last year.)

Now for the bad news: the same leak that suggests an altogether new Watch5 model also says that Samsung won't be releasing a Watch5 Classic this year — which probably means that the clicky rotating bezel longtime Samsung wearable fans love is dead and gone. We expect Samsung to offer three different Watch5 models already, so that makes sense; “Samsung Galaxy Watch5 Ultra Classic” is both a mouthful and a marketing nightmare. Still, it's a shame that we'll likely lose that bezel. The non-Classic Watch4 offers similar functionality with a touch-sensitive bezel, but it's just not the same.

We haven't yet heard what the Galaxy Watch5 might cost. The current-model Galaxy Watch4 starts at $250 for the 40-millimeter version and goes all the way up to $330 for the 42-millimeter version with LTE connectivity (the Watch4 Classic is $100 extra, but as we're not expecting a Watch5 Classic, that's probably not relevant here). The Watch3, released in 2020, started at a staggering $400 and went up to $480 for the larger version with LTE, but it also featured the same rotating bezel seen in the Watch4 Classic — which, again, we don't expect to be featured in the Watch5. It stands to reason that the Watch5 will launch around the same price as the (non-Classic) Watch4, with the new “pro” model featuring a larger battery to cost a bit more.

We also don't know when to expect an official Watch5 announcement, but considering the cadence of the leaks we're seeing and the Watch4 series's August 2021 launch, it's feasible we'll see a release this summer — quite possibly again in August. Between the Watch5 and the long-rumored Pixel Watch, it looks like Apple Watch may finally have some serious competition.

Mozilla’s Thunderbird is going mobile, ten years too late
Read Next
Samsung Galaxy Watch5: Everything we know about the next Samsung wearable originally appeared on AndroidPolice.com 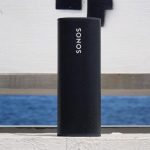