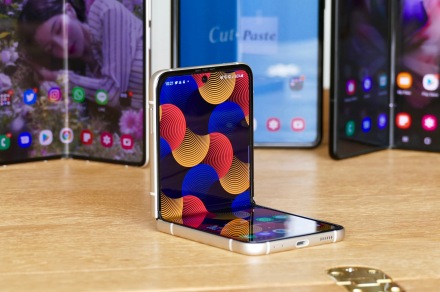 It’s about time for Samsung to launch the Galaxy Z Flip 4 (and Galaxy Z Fold 4), tentpole releases for the second half of the year. While the company hasn’t announced them by name or even released teasers, there have been enough whispers through the grapevine to paint a picture of a very iterative upgrade. With a similar design and slight specs changes, here’s everything we know about the Galaxy Z Flip 4.

The Galaxy Z Flip is a flip phone-styled foldable, so it looks a lot like classic flip phones of the past. Think the Motorola Razr (no, not that one). The upcoming Flip 4 is not expected to deviate significantly from that. Both the live images and renders that have leaked online show a phone that is strikingly similar to the Flip 3. That means we can expect a small outer display, two main cameras, and a larger display on the inside when the Z Flip 4 is opened. If you’ve ever used or seen the Z Flip 3 before, expect another year of that with the Z Flip 4.

When it comes to more precise changes, there’s a slightly larger external screen for notifications and a much smaller crease. According to leaker Jon Prosser, the Flip 4 is coming in Graphite, Bora Purple, Pink Gold, and Blue colorways — aka gray, purple, gold, and blue. Evan Blass would later leak the first seemingly official renders of the Bora Purple Flip 4. It’s a deeper purple than the more lavender Flip 3, and the buttons are larger with a protruding camera bump. Hopefully, that makes for better images combined with what we know about the camera’s improved specs.

As with the Flip 3, Samsung is also reportedly working on a “Bespoke” edition. This is a customization option for the foldable that would let users create a more personalized Flip 4. “Customers can mix and match to create their own unique combination by choosing phone frame options of black or silver, and front and back colors of blue, yellow, pink, white, or black,” Samsung announced for the Bespoke Flip 3. SamMobile reports that the Flip 4 is set to exceed the 49 color combinations of the Flip 3. The Bespoke edition is also said to expand from Australia, Canada, France, Germany, Korea, the U.K., and the U.S. to other markets in Europe and Asia.

If you’re not looking for a Bespoke option but instead a more traditional case, leaked renders of two different cases have surfaced on MobileFun. Both cases, one purple, and one black, feature additional grips in the form of a ring and a strap, giving owners a better sense of security when holding their devices. While it’s not the most substantial leak, it does further confirm that the Galaxy Z Flip 4 will look a lot like the Flip 3. If you liked that design, the Z Flip 4 should feel right at home.

Samsung’s Galaxy Z Flip 4 is an iterative update, so expect to see the usual spec bumps. This means a Snapdragon 8 Plus Gen 1 processor paired with at least 8GB of RAM and 256GB of storage. We should also get a triple camera setup, consisting of two 12-megapixel cameras on the back and a front-facing 10MP selfie camera.

For more specific changes, Samsung is rumored to be debuting a 1TB option for the Flip 4. You’ll be able to store as many photos as you’d like, with 12GB of RAM backing that up for all of your multitasking needs.

There’s little word on the battery other than an apparent 10-20% improvement. Along with cameras, the battery was the weakest aspect of the Galaxy Z Flip 3. If Samsung manages to address one or both of these weak points, it’ll be a relief for potential buyers. 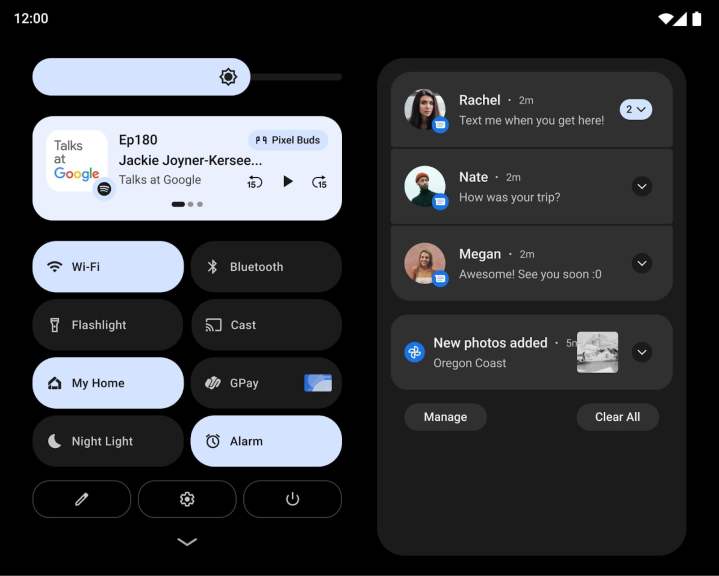 Samsung is expected to debut the Galaxy Z Flip 4 with a One UI 4 build based on Android 12L, with One UI 5 and Android 13 arriving shortly after. Android 12L is Google’s version of Android 12 that’s more optimized for foldables, though it is unclear which (if any) of its benefits can be realized on this decidedly diminutive device. The dual-pane notification center and new task manager would be more useful on the larger Fold 4, though bug fixes and optimizations would also be welcome.

Simply based on the company’s launch patterns, the Galaxy Z Flip 4 is expected to launch at Samsung’s second Unpacked event that’s predicted for this August. “We are currently all hands on deck regarding preparing the new foldable model scheduled for launch in the second half,” Sung-Koo Kim, vice president of Samsung Mobile, confirmed earlier in April.

While Samsung has yet to officially confirm a precise date, the word on the internet rumor mill (courtesy of the somewhat reliable Jon Prosser) is that the launch event will happen on August 10. Samsung typically announces this event as early as a month in advance, so we’re likely to get a confirmation in a matter of weeks. Regardless of Prosser’s reliability, an August launch was the most likely option, with the Flip and Fold lines taking the place of Samsung’s Galaxy Note in 2021.

Price-wise, Samsung may keep the same $1,000 starting point as the Flip 3, or it may lower it as the economies of scale kick in and lower component prices. Ross Young, an analyst at Display Supply Chain Consultants, certainly thinks the latter.

Samsung Galaxy Z Flip 4: Everything we know about the foldable flip phone originally appeared on DigitalTrends.com 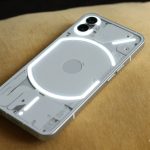